The Ozone Rapido 3 should be called Rapidos+. One more time in speedflying, it’s not a new wing, it’s just a very small update. This doesn’t seem to happen with paragliders, but happend with the Niviuk Skate 2 and the Swing Mirage+. At least Swing didn’t market it as a new wing. Ozone does, with statements like; The R3 feels like a Rapidos on Steroids. Or; The R3 feels like a Turbocharged Rapidos. We absolutely don’t agree with statements like this. We looked at the R3 very exactly and the only differences we found were those;

We looked at the trim and compared every single line length with a Rapidos. We couldn’t find a difference. But those 3 changes still have an impact;

Ozone also says; Same legendary comfort, stability and easy of launch. We totally agree with this. Most things stayed the same. Which is not only bad. The Rapidos is known as a very safe, very stable and forgiving wing. It is the easiest wing for footlaunching on the market so far. We think it’s a great wing to get into the sport of speedflying and speedriding. You don’t need to worry about collapses, even trims open the R2 and the R3 are very stable. If it ever collapses, it will reopen faster then one can look up. We have never heared of an accident collapse-related with a Rapidos. And the Rapidos is flewn by many pilots, all over the world from coastel soaring, to speedflying and speedriding. The R3 will be no exception there, since the wings stayed the same. What can be a little tricky with the R2 and the R3 are those 2 points;

First of all, it’s important to say that the same size is not the same size. Ozone seem to have 10-15% more surface on the „same size“ then Swing. So a 15m Mirage is almost the same size as a 13m R2 or R3. So it’s no surprise, the Mirage 2 RS is the faster wing. It’s easy to feel. But you also have to run more to get airborne. The Mirage 2 RS is a stiffer wing, it’s tensioned more. So any control input, is it toggles, C’s or weightshift will be less delayed. The M2 reacts quicker to any input. The M2 also has shorter lines, specially the sizes 13 and 15 have extra short ones. Thats why there is a huge difference going from a 15 R3 to a 15 M2. The M2 will feel much faster and much more responsive. If you compare a 6.5 R3 to a 7 M2 the difference will be smaller, but even there the Mirage 2 RS is faster.

On take off the M2 shoots up even faster than the R3. Take off speed is higher as well. On landing, you can slow down the M2 as good as the R3. The R3 has more roll than the M2, which most pilots like, once they are used to the high roll. Barrel rolls are now as fast and snappy on the M2 then on the R3, but you have to support the M2 well on the outside brake, if not it likes to collapse there with trims open. Flying in turbulences most pilots will feel safer on the R3 then on the M2. The M2 lets you feel the turbulences a lot. We think the M2 has lost some stability. Chances you get a collapse on it are sure higher than on a R3 or a Mirage 2+. The M2 is stable enough for flying in normal still fun speedflying conditions, but when it get’s wild, you must close those trimmers and put brakes on. The R3 is for sure more forgiving there. Also barrel rolls without supporting the outside is no problem for the R3.

Speedriding works great with the R3, even for beginners. You can ski over bumps without active piloting and let the lines go slack, the R3 nearly hitting your head. Only when lines go really slack, it reacts with a collapse. Most of the times those collapses recover from themself and the R3 is still going on straight without a pilot input. Very forgiving behavior, same with trims open. On the M2 it’s a massiv difference with trims closed and open. With trims closed, it’s still a little forgiving when lines go slack. With trims open, it will make huge surprising collapses and turn into the snow behind your back. Just try ground-handling it with trims open and you will see what we mean with this. So the Mirage still works well for speedflying beginners, but for speedriding it’s much more tricky than the old version or the R3.

Both, the R3 and the M2 have too long risers for many pilots. The C’s are too high up with trims open for many pilots. Leaning back to reduce drag while flying asstograss on the rears won’t work. Specially smaller pilots find this annoying.

The Mirage is no longer the best all-round wing out there, it’s the R3 now, since the M2 got more demanding for speedflying and speedriding. The M2 is the weapon for pilots who don’t like compromises. The R3 is the best compromise out there. It does it all and it’s forgiving in all aspects, but not as fast and reactive as a M2. 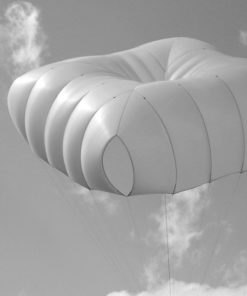 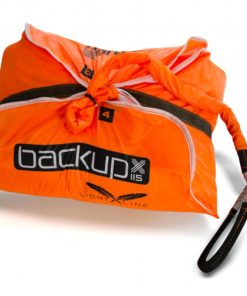 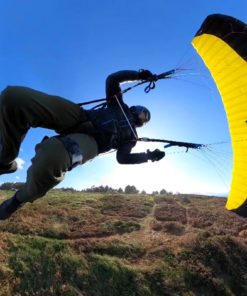 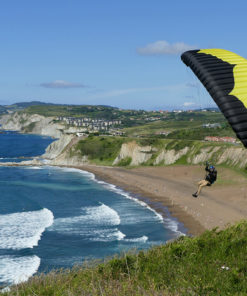 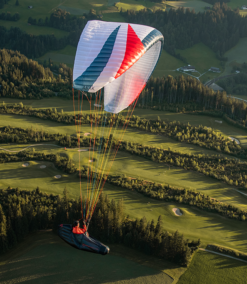 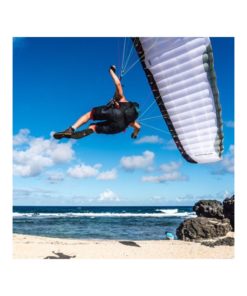 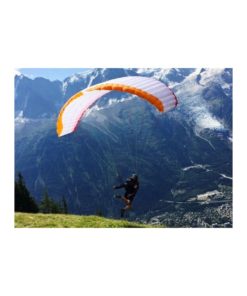 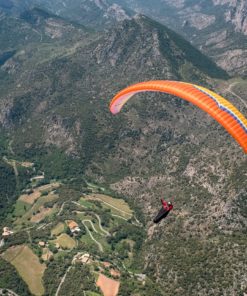 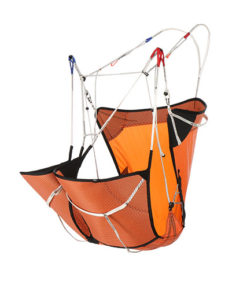 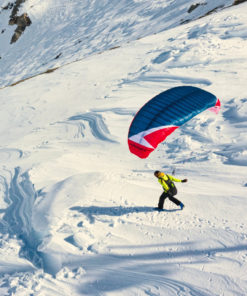 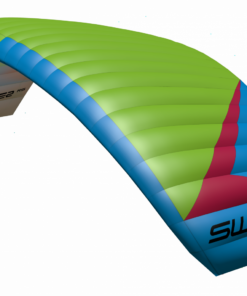